Kwame Dawes’ City of Bones: A Testament (2017) evidences the poet’s characteristic multiplicity of voice and topical scope. Throughout the collection’s four parts, Dawes excavates the skeletons of personal and collective Black histories in starkly rendered poems that depict lives informed by a legacy of slavery. The collection’s first poem, “Crossroads,” initiates a narrative about the inheritance and consequences of this legacy for Troy Maxson, the son of a former slave whose development of identity has been displaced by the hegemony of slavery. Concretized in “the foreman’s bark, the burden / of cotton” (13-14), this hegemonic displacement of identity corrupts the father’s autonomous development of Black masculinity. The father transmits this legacy of masculine identity — one “blighted” by the aggression and violence of the patriarchal system that had enslaved him — to Troy in a crossroads conflict that replicates slaveholders’ emasculation of male slaves through sexual dominance over the latter’s female partners. Troy’s inheritance of the father’s corrupted masculinity is realized in poems that depict his own patriarchal identity, particularly in relation to his sons Cory and Lyon. Whereas Cory’s masculinity bears the aggression that characterized his grandfather’s identity, Lyon’s masculinity is tempered by artistic sensitivity. Dawes utilizes form to convey the viability of each son’s model of masculinity, ultimately depicting the restoration of Black masculinity through art and reiterating the poet’s role in ordering the fragments of Black identity.

Dawes’ use of form to chart the course of Black masculinity is most evident in “Hope’s Legacy,” a sequence comprised largely of sonnets dedicated to Troy’s wife Rose Maxson, his sons Cory and Lyon Maxson, his friend Jim Bono, and Raynell Maxson, who may be Troy’s illegitimate child. “Hope’s Legacy” follows “Plot,” the first of two poems in the collection with the same title. The first “Plot” poem reveals Troy’s adultery, a transgression which replicates the father’s violation of a sexual boundary, “shatter[s] order” and leads Troy’s children to “lament the sins of their father.” This is most evident in “Cory Maxson,” the first poem in “Hope’s Legacy.” The primacy of Cory’s 14-line poem in the sequence mirrors that of Troy’s in the collection, emphasizing that the “sins of the father” have historically characterized the development of Black masculinity.

This idea is reinforced by the form of Cory’s poem, which is rendered in unrhymed couplets that replicate those in “Crossroads,” and by their tenor, which evidences both speakers’ explicit hatred of their fathers. The couplets visually represent the tension that characterizes both father-son relationships, the white space between them signifying the hegemonic system of slavery which produces a model of masculinity rooted in the dynamic between slaveholder and slave – men and “boys” — and asserts itself through violence, displacing the autonomous development of Black masculinity and forcing the lineage of father and son apart.

Dawes utilizes form to convey the viability of each son’s model of masculinity, ultimately depicting the restoration of Black masculinity through art and reiterating the poet’s role in ordering the fragments of Black identity.

Cory describes his relationship with his father as an “exquisite hatred” generated by “the thought of someone taking the heat / for someone else, or the word ‘father’ ” (3-4). The placement of the word “or” suggests that “father” is an alternative for one who accepts someone else’s sins as his own, reiterating the idea in “Plot” that (Black) sons embody their fathers’ sins, namely through their inheritance of their fathers’ corrupted masculine identity. Indeed, Dawes’ structuring of Cory’s poem in unrhymed couplets underscores its elegiac quality — its lament the absence of Troy’s model of masculinity, albeit blighted, and its consolation Troy’s dog Blue, who “loved [Cory] next, without a fuss” (14).  The linear couplets of Cory’s poem represent the parallel sides of a track that foreseeably will never meet, an ironic reference to the crossroads at which the division between father and son was established. Just as this division rendered Troy’s identity liminal and rootless — he describes himself at the South Carolina crossroads as being in a place “where everything is dark / and home don’t have a sound / no more” (60-62) — so too does Troy’s death preclude any negotiation of their adversarial relationship, rendering Cory’s identity similarly liminal and rootless: “Emptied of you / I have no one to hate” (8-9).

In contrast to the seven unrhymed couplets that constitute Cory’s poem, Dawes constructs Lyon’s poem (“Lyon Maxson”) as a sonnet that replicates the rhyme scheme of the Shakespearean form and the thematic organization of the Petrarchan form. His use of the Shakespearean form’s rhyme scheme, which distinguishes ideas in three quatrains before synthesizing them in a rhyming couplet, suggests Lyon’s cohesive integration of his identities as man, son and artist. Whereas Cory’s poem emphasized the opposition between father and son, the rhyming couplet that concludes Lyon’s sonnet suggests that his synthesis of identities is rooted in a bond with Troy, who is idealized within its final lines as an affectionate, protective father: “laughing, he will say my name softly, / give me some money, and even hold me” (13-14). In contrast to Cory’s elegiac reflection, Lyon anticipates Troy’s loving gestures; this visionary perspective, a quality of the prototypical artist, suggests that Troy’s identity is founded upon creativity rather than masculinity. His sonnet’s cohesive form reinforces his identity’s stability, which contrasts his brother’s liminal, rootless identity as a result of “hav[ing] no one to hate.” The enjambed lines in Lyon’s sonnet also suggest his identity’s stability by evidencing a seamless transition from thought to thought. The continuity of ideas in Lyon’s sonnet contrasts the clipped syntax and separated couplets in Cory’s poem, again highlighting Lyon’s security in his creative identity.

Lyon’s ability to revise his father’s feminizing humor as loving, tender gestures typically associated with femininity also enables Lyon to enact his identity as Troy’s son, which creates an opportunity for Troy to assume the identity of an affectionate father.

Dawes’ use of the Petrarchan sonnet’s thematic structure to convey Lyon’s relationship with his father promotes the idea that Black identity can be reconstructed through art. He reiterates this idea throughout City of Bones in allusions to the Petrarchan sonnet form. One example is the allusion to Gerard Manley Hopkins’ poem “God’s Grandeur” in the epigraph to “Shod,” a poem that voices an enslaved man’s desire to direct the nature and trajectory of his own life’s journey. Hopkins’ sonnet presents nature’s inherent generativity, “the dearest freshness deep down things” (10), as a resolution to the problem of man’s destruction of God’s creation. Similarly, Lyon’s creativity enables him to imagine the potential in Troy’s identity prior to its displacement by his father’s corrupted masculinity. Whereas the other poems in “Hope’s Legacy” frame their respective speaker’s or subject’s relationship to Troy with his sin of adultery, Lyon accepts his father as he is. Though Troy emasculates Lyon by ridiculing his artistic nature — “He calls me a waste of sperm, a dreamer / a fool, a boy with only music to show / for it all” (10-11) — he knows that “somehow, deep down” his father’s identity is more a creative medium than the model of masculinity that disappoints Cory. This is evident in the location of Lyon’s “deep down” intuition at the sonnet’s turn, which offers an alternative to the dilemma of Troy’s masculinity depicted in the octave. Lyon’s ability to revise his father’s feminizing humor as loving, tender gestures typically associated with femininity also enables Lyon to enact his identity as Troy’s son, which creates an opportunity for Troy to assume the identity of an affectionate father. Lyon’s ability to balance the failures and shame associated with Troy’s masculinity with his potential as loving father is reinforced by Dawes’ choice of a Petrarchan thematic structure, the octave’s problem being the displacement of Troy’s autonomous development of identity and the sestet’s resolution Lyon’s redeeming perspective.

In “Hope’s Legacy,” Dawes perpetuates the idea that art creates a space for the recovery of identity. Perhaps there is something of Wordsworth’s ideal poet in Dawes’ construct of the creative persona embodied in Lyon Maxson, for in “Hope’s Legacy” Lyon evidences a similar tenderness, knowledge of human nature and “comprehensive soul” in his redemptive perspective of Troy’s masculine identity. But there is something more: a generosity of spirit that unearths “the dearest freshness deep down things” and brings them to light. In this way, Lyon is not unlike his creator Dawes: both inhabit the liminal space of a sonnet’s volta, its precedent a history that culminates in crossroads battles between fathers and sons and its potential in creative production, “a universe, a sea / of stories, worlds and worlds” that offer “clue[s] to the impossible” (8-9, 11-12). 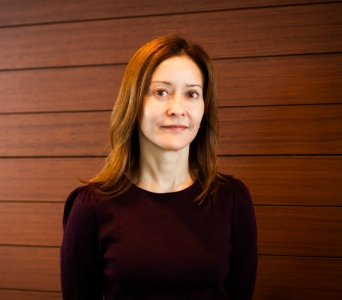 Sheryl C. Gifford is a senior instructor in the Department of English at Florida Atlantic University. Her research interests include Black poetry, Caribbean literature and art, environmental art, and interdisciplinary pedagogy. One of her recent projects contextualizes Jason deCaires Taylor’s Museo Subacuático de Arte (MUSA) underwater installations within Mexico’s tourism industry; another examines how Kwame Dawes’ collaborative works Hope’s Hospice and the Hope: Living and Loving with HIV in Jamaica digital project utilize interdisciplinarity to reflect the ravages of dis-ease on a regional body and broaden the platform for social justice interventions.